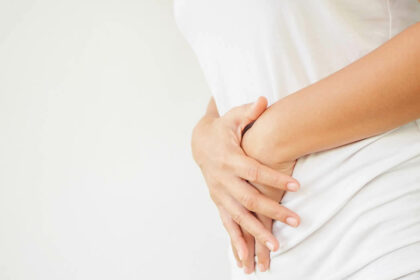 A regular period once in a month may be a burden on its own. If bleeding becomes irregular, exploring the cause provides further stress.

Abundant, clumpy, missed or even crampy period may be embarrassing and problematic. It is possible to change clothes several times a day, however, this is not the solution as it will restrict the calculability of everyday life. Many ask themselves in such a situation: when do I have to worry?

Every abnormal disturbance in the menstrual cycle, including abundant or missed period and period pain, should be taken seriously. Menstruation bleeding disorders and abundant bleedings may have several treatable causes, and it the cause remains untreated, severe anemia and other dangerous conditions may develop.

ABNORMAL UTERINE BLEEDING: WHEN DO I HAVE TO WORRY?

Normally, the period does not last longer than 7 days, it is rather shorter, and the interval between the first days of two consecutive periods ranges between 21-35 days. Women loose about 80 mL blood during a usual period. Abnormal period means that the bleeding takes longer than 7 days, the cycle is shorter than 21 days or longer than 35 days, or significantly more than 80 mL blood is lost. Approaching menopause the risk of abnormal period is increasing.

Symptoms of abnormal period include:

WHAT MAY CAUSE ABNORMAL UTERINE BLEEDING?

In milder cases inflammation or mild or severe hormone system disturbance may also lead to bleeding disorders, however, if the process continues without treatment, some kind of growth (fibroid, polyp, endometriosis) also evolves resulting in further worsening of the bleeding disorder. Rarely, temporary changes (atypical thickening of the endometrium) may also occur, which is not yet malignant but it may develop into malignancy (endometrial cancer). Furthermore, bleeding may be caused by malignant cervical tumour mainly caused by high risk HPV virus strains. In addition, do not forget that bleeding may also occur in early pregnancy.

It is very important that in case of the above bleeding disorders a gynecologist experienced in the assessment and treatment of hormonal diseases helps to clear the background of abnormal bleeding early to be able to start adequate treatment as soon as possible. However, causal treatment should never mean contraceptive pills, but a hormonal evaluation is required in every case. It is also very important to know that hormonal evaluation is always bound to the female cycle day. The most adequate time point for it is the second half of the cycle (cycle days 18-22) due to determination of progesterone/estrogen rate. Also, it should never be determined based on the reference range stated on the laboratory report whether a hormone normal or abnormal is. We shall always evaluate the real, actual hormonal condition in the body based on the proportion of hormones and the influence upon each other.

OTHER CAUSES OF ABNORMAL UTERINE BLEEDING INCLUDE:

Non-gynecological systemic diseases in the body may also lead to bleeding disorders: these include pituitary gland disorders, thyroid disorders, and resistance (leading to PCOS), liver diseases, acquired or hereditary disorders of the blood coagulation system, and abnormal uterine bleeding may also be the side effect of drugs.

IN EVERY CASE COMPLETE HORMONAL EVALUATION IS REQUIRED AND CAUSES OF THE DISORDER SHOULD BE TREATED!

Prior to applied therapy, determination of progesterone/estrogen rate and, depending on the result, further gynecological and endocrinological hormone evaluation is elemental. The time point of hormone evaluation depends on the cycle of the given person, and it will never be determined based on the reference range seen on the laboratory report, whether a hormone normal or abnormal is, we always have to look at their proportion and the influence upon each other.

You may receive information about these methods and application possibilities in person – based on previous appointment (+36 70/23 89 689).

This website uses cookies to improve your experience while you navigate through the website. Out of these, the cookies that are categorized as necessary are stored on your browser as they are essential for the working of basic functionalities of the website. We also use third-party cookies that help us analyze and understand how you use this website. These cookies will be stored in your browser only with your consent. You also have the option to opt-out of these cookies. But opting out of some of these cookies may affect your browsing experience.
Necessary Always Enabled

Any cookies that may not be particularly necessary for the website to function and is used specifically to collect user personal data via analytics, ads, other embedded contents are termed as non-necessary cookies. It is mandatory to procure user consent prior to running these cookies on your website.